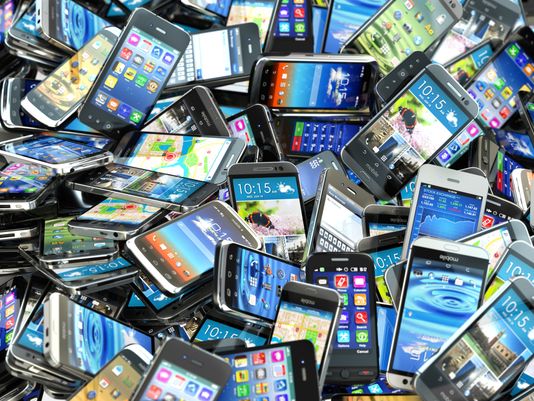 A government-funded study trying to understand the link between cellphones and cancer determined radiation from the devices causes cancer in male rats.

The National Toxicology Program, nominated by the U.S. Food and Drug Administration, observed thousands of rodents over 10 years for the $30 million project, released Thursday.

Male rats exposed to radio frequency radiation like that used on 2G and 3G cellphones made in the 1990s developed cancerous tumors in their hearts. Some also had cancerous brain and adrenal gland tumors.

“We believe that the link between radio frequency radiation and tumors in male rats is real, and the external experts agreed,” John Bucher, NTP senior scientist, said in a statement.

Any link between the radiation and tumors in female rats and mice was unclear, researchers said. Aside from cancer, the NTP reported the risk of lower body weights among newborn rats and their moms increased when exposed to high levels of the radiation during pregnancy and lactation. Still, the rodents grew to normal size, according to the data.

“The exposures used in the studies cannot be compared directly to the exposure that humans experience when using a cell phone,” Bucher said.

The rats were exposed to radio frequency radiation across their entire bodies, which isn’t true of how humans use cellphones (typically only holding devices against an ear or in their hands). Rats were also exposed to the high levels of radiation for long periods of time, about nine hours a day. Exposure for the rats began when they were in the womb, and at 5 to 6 weeks for mice involved in the study. The lowest exposure level used in the research equaled the maximum exposure allowed for cellphone users, according to the research.

The American Cancer Society also cast doubt on the study’s implications for people.

“The incidence of brain tumors in human beings has been flat for the last 40 years,” said Otis Brawley, chief medical officer of the American Cancer Society. “That is the absolute most important scientific fact.”