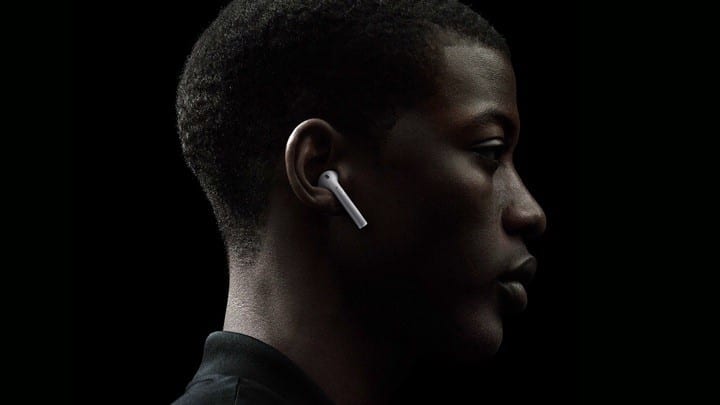 The iPhone 7 is here! After months of rumors, edited images and speculation, Apple revealed its newest device at the Bill Graham Civic Auditorium in San Francisco, California. Since the release of the all-in-one desktop, iMac G3 in 1998, Apple has been in the forefront of technology. We have waited and gossiped about each and every release since the G3, and the iPhone 7 was no different. If you wanted water resistance and a better battery life, you’re going to be thrilled. If you wanted better headphones and a reduced level of radiation, you’ll definitely be disappointed. In order to ‘increase dynamic range” Apple experts added a speaker to the top of the iPhone and replaced the headphone jack with an even larger speaker at the bottom.

Apple’s Senior Vice President, Phil Schiller, told attendees of the iPhone 7’s unveiling the decision to remove the headphone jack was, “the courage to move on, to do something new that betters all of us. And our team has tremendous courage”

Although, it may seem innovative to the researchers at Apple, some health experts prefer to call it unfortunate.

To some, it may seem like Apple is tackling the Radio Frequency (RF) exposure issue by implementing wireless headphones, to others it seems like they are replacing one problem with another. Long before the release of the iPhone 7, Apple has been releasing warnings regarding radiation and radio frequency exposure, under the radar.

Apple has assured the public they will follow the FFC guidelines, which requires the Specific Absorption Rate (SAR) to be 1.6 watts per kilogram or less. Unfortunately, according to more than 220 scientists of 39 nations by way of The International Electromagnetic Field (EMF) Scientist Appeal, the national and international guidelines for exposure to radio frequency radiation are inadequate to protect human health. These scientists have collectively published peer-reviewed papers on the health effects of non-ionizing radiation proving the clear dangers of Extremely Low Frequency fields (ELF) used for electricity, or Radio Frequency Radiation (RFR) used for wireless communication and presented them to the United Nations. (https://emfscientist.org/)

As cellphone and Bluetooth usage continues to spread widely, emitting high levels of radiation into the atmosphere, the incidence of fatal brain cancer in younger people has tripled. Dr. Martin Blank, The EMF Scientist Appeal Spokesman and member of the Department of Physiology and Cellular Biophysics at Columbia University, says “it is particularly frightening that the radiation from our telecommunication and powerline technology is damaging the DNA in our cells – this research is not being heard on the committees that set safety standards.”

The US Department of Health and Human Services (HHS) agrees and aims to release data in 2017 that will detail the potential health effect of cell phone radiation and further prove that wireless headphones will not eliminate the problem at hand. According to the EE Times, the left AirPod of the iPhone 7 communicates with the right AirPod using a different technology, “near field magnetic induction (NFMI).” Due to this technology, if one uses the AirPods many hours a day, the cumulative exposure to the brain from this microwave radiation could be substantial.

Aware of the dangers, experts believe plugged in headsets are a safer option. Apple has even suggested in their legal section to “use a hands-free option, or other similar accessories when using the iPhone. Carry iPhone at least 5mm away from your body to ensure exposure levels remain at or below the as-tested levels.”

Vest Tech is here to bridge the gap between technology advancement and its safer use by empowering and educating the public about radiation risks and protection. Vest’s Bluetooth headset blocks radiation from reaching the brain thus enabling the wireless advancement that Apple engineers are promoting while staying safe at the same time!