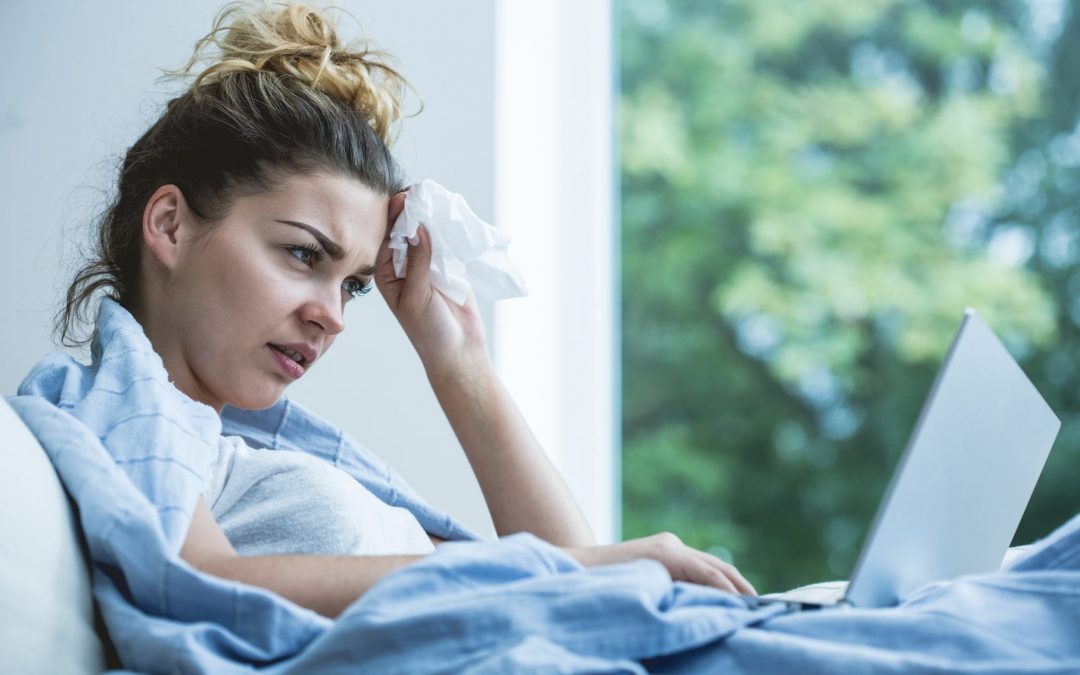 While audiences are well into figuring out just how Saul got to know the guy, who knows a guy, who knows another guy in Better Call Saul, another intriguing mystery was brought to light by the popular show: What is electromagnetic hypersensitivity (EHS)?

In the show, Saul’s brother Chuck suffers from the ailment that essentially renders him “allergic” to electricity. To illustrate just how serious his condition is, he lives a reclusive life without power, and wraps himself in what seems to be an aluminum blanket meant to ward off possible exposure when Saul comes to visit.

It’s an unusual condition—one that though quite possibly exaggerated on TV, has truth behind it.

Here’s what the World Health Orgnization (WHO). has to say about this: “As societies industrialize and the technological revolution continues, there has been an unprecedented increase in the number and diversity of electromagnetic field (EMF) sources…For some time[now] a number of individuals have reported a variety of health problems that they relate to exposure to EMF. While some individuals report mild symptoms, and react by avoiding the fields as best they can, others are so severely affected that they cease work and change their entire lifestyle. This reputed sensitivity to EMF has been generally termed “electromagnetic hypersensitivity” or EHS.”

Perhaps because of how new EHS is, there is no conclusive list of symptoms that can be accredited to the ailment. Right now, EHS displays a variety of physical indicators. These include general symptoms like nausea, fatigue and headaches, to dermatological problems, memory loss, panic attacks and confusion.

Here’s the confusing part. While various scientific organizations including WHO, recognize the existence of EHS—they are quick to note that because of the nonspecific nature of its symptoms, “EHS is not a medical diagnosis.”

Given the variety and the general nature of these physical manifestations, these symptoms can have numerous causes. For instance, headaches could also mean that a person is coming down with a cold, or has consumed too much caffeine. Dizziness could mean the onset of flu, or lack of sleep.

Still, despite apprehension regarding legitimacy of EHS, reported cases prove to be debilitating.

In Massachusetts, news of a boarding school ignoring a 12-year-old’s student sensitivity to the school’s Wi-Fi has led to a lawsuit. Per a report by the Courthouse News:

“In spring 2013, the Fay School installed an industrial-capacity Wi-Fi network into the school that was accessible in all classrooms. After the new network went live, G [12-year-old anonymous student] began coming home with headaches, itchy skin and rashes that would recede in the evening, and vanish over the weekend and during summer vacation when he was not near the school, the lawsuit claims.

When the child returned to school for the 2014 academic year, his symptoms got worse, resulting in him having to regularly leave school early.

The parents found that their child’s condition may have been caused by exposure to increased electromagnetic activity after learning that, right before their child began suffering the symptoms, the school had installed a new, industrial-strength Wi-Fi network.”

In another case, a 39-year-old French-woman was awarded a disability settlement given her debilitating allergy to electromagnetic radiation. Marine Richard, “a former radio documentary producer, has opted for a reclusive life in the mountains of southwest France, in a renovated barn without electricity, and drinking water from the well.”

The case was largely seen as a victory in the fight for EHS to be recognized as a legitimate concern.

The world has yet to offer conclusive evidence that EHS is not real. The prevalence of EHS “has been estimated as being between a few cases per million to 5% of the population depending on the location and definition of the condition.” In the same vein, the public has yet to be given definitive proof that electromagnetic signals emitted by cell phones, computers, tablets and wifi signals, are completely safe across the board either.

Because of this, a growing number of people have since taken steps to ensure that they are protected from possible radiation exposure. Fueled by the sentiment that it’s better to be safe than sorry, frequent smartphone users have started using cases designed to limit radiation exposure. Parents have also started to take extra measures to protect children from radiation emitted by gadgets such as tablets, baby monitors, and computers, which are now an inherent part of life.

The fact is, technology will continue to be a big part of our lives–and with it come advantages, disadvantages, and the possibility of exposing us to unknown, long-term risks. It’s therefore important to understand that educating ourselves about these risks means being less vulnerable to it.