What You Don’t Know About Wearable Tech Radiation Exposure 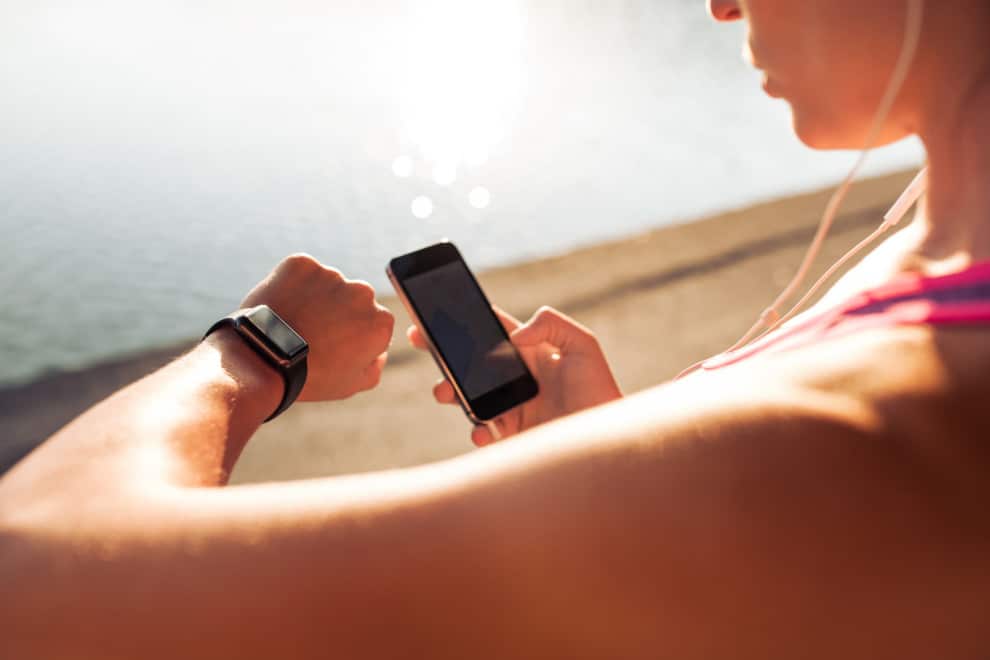 We live in an era of immense convenience driven by technological advancements. We have smartphones to ensure seamless communication, laptops and tablets to enable productivity, and now, wearables are taking connectivity to a whole new level.

While we enjoy the advantages of technology, the subject of how these gadgets affect our health has become a topic worth considering. Smartphones are often at the forefront of these concerns because of their ubiquity; but as electronics continue to evolve to accommodate our needs, it’s time we take a look at how newer technologies come into play–like wearables.

The term “wearable” refers to electronic devices that can be incorporated into clothing, or function as an accessory so that it can be comfortably worn. These include fitness trackers worn on the wrist that measure the steps you take every day, necklaces that serve to track your sleep, smartwatches that allow easy access to your smartphone or laptop messages, just to name a few.

These gadgets are fairly new, and while most are sold as essential tools to support your road to wellness and health, it also raises questions regarding safety.

What kinds of wearables are there?

There are multiple categories of wearables at the moment–

What kind of health problems are associated with wearable devices?

One area of concern that frequently surrounds our use of technology is radiation exposure. It is a fact that our gadgets emit radiation which we are exposed to by virtue of daily use–what we don’t yet know are the implications and how long-term exposure affects overall health.

Numerous studies have already pointed out how cell phone radiation can affect the human reproductive system, disrupt sleep, or cause mood swings. Now, we have a host of wearable devices that work together with cellphones and can wirelessly connect to WiFi–this means that they too emit radiation, and could in fact, pose long term health risks.

Gadgets release a form of radiation referred to as Electro Magnetic Frequency (EMF), which has been cited as a form of carcinogen–a substance capable of causing cancer in living tissue–in previous studies. This essentially puts it at par with a more common known source of carcinogens, such as cigarettes.

Wearables are intended to be worn, and are most commonly designed to be used daily or during exercise. Even when these devices are not active, they still emit radiation, and its close proximity to users’ bodies means we are more exposed to it.

Also, there’s also the matter of how wireless electronic devices may interrupt the functionality of medical devices, such as pacemakers.

What kind of radiation do wearables emit?

Wearables use Bluetooth or WiFI technology, sometimes a combination of both, to connect wirelessly to your smartphone or computer. This means that like smartphones, these devices emit radiation and have to pass FCC standards to ensure their safety.

“Wi-Fi is very similar to cellphone radiation. You definitely don’t want to put these devices near your head or near your reproductive organs” for extended periods of time, said Joel M. Moskowitz, Ph.D., director of the Center for Family and Community Health at the UC Berkeley Prevention Research Center School of Public Health in an interview with Fox News. “Besides the peak RF exposure from Bluetooth devices, which is what the SAR measures, we need to be concerned about the cumulative RF exposure, as people may keep these devices on all day long.”

The concern here lies in the fact that wearables are now being worn on the body, which means there is a very real possibility of extended exposure that amplifies long-term health risks. The cumulative exposure from all your wireless devices basically adds up over time.

Is there any research that supports all these claims?

Literature focused on informing users of the dangers of wireless wearable devices is available from numerous credible institutions.

In one example, researchers from the National Toxicology Program (NTP), a federal interagency group under the National Institutes of Health, conducted experiments on mice that showed how the subjects exposed to electromagnetic radiation could be more susceptible to cancer.

In another study, the World Health Organization (WHO) mentions cell phones as “possibly carcinogenic.” The study also implies that increased proximity to the devices increases the level of radiation exposure. This particular finding makes wearables even more worrying, given that they are specifically designed to be worn constantly near the body.

Research conducted by a team of European researchers led by Dr. Lennart Hardell who is a professor of oncology and cancer epidemiology at a University Hospital in Sweden also notes potential dangers. In his study, he found that talking on mobile phones or even cordless devices for extended periods could raise  the risk of brain cancer, up to three times.

The popularity of smartphones as well as wearable devices and the risks it poses has also been the subject of media scrutiny, especially as it pertains to how it may affect children.

“Children should limit how much time they spend talking on a cellphone, doctors say. And if they have a wearable device, they should take it off at night so it does not end up under their pillow, near their brain. Doctors also warn that women who are pregnant should be extra careful with all of these technologies,” writes the New York Times.

While the debate rages on….

Understand that technology, whether it’s your smartphone, laptop, tablet, smartwatch, or fitness tracker, are here to stay. We’ve already experienced the sheer convenience that these devices provide, it’s hard to imagine that we would be able to give up the luxuries and ease of constant connectivity, despite all these warnings. However, that’s not to say that you should do nothing about it either.

How to get around the potential dangers of wearable tech?

There are simple solutions that allow you to use your devices safely. For starters, it helps to keep yourself informed. Reading about the potential risks of technology is essential in this day and age so that you recognize the dangers that they may pose. Another would be to use accessories specifically designed to minimize your exposure to radiation.

The importance of ensuring that these accessories have been tested to make sure they pass necessary safety standards should also be noted; which means you need to get them from a trusted and reliable brand.

For options, be sure to visit vesttech.com to view our full catalog of anti radiation accessories for wireless devices and household appliances that ensure you are protected from the health risks that radiation exposure poses. For questions, be sure to leave a comment below.