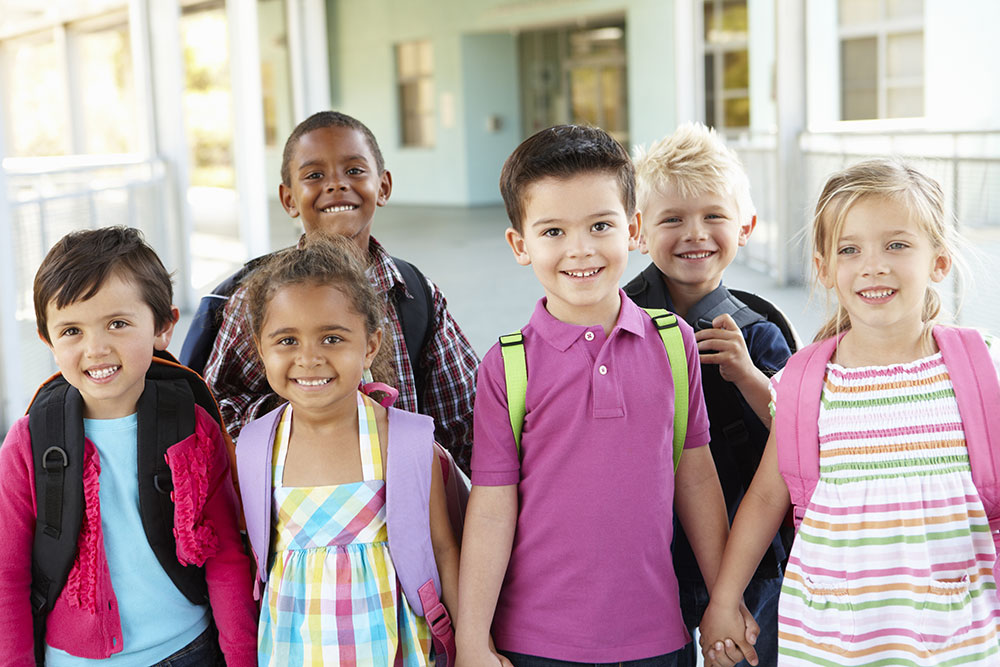 A 21st century classroom must bridge the digital divide so that all students are engaged with technology. Best Practices for schools allows for full technological access in the classroom while minimizing health risk so that schools and safe technology can work together.

Millions of children and adults in schools around the world spend significant amounts of time around wireless devices and Wi-Fi. Many schools are introducing Bring Your Own Device (BYOD) policies and installing industrial wireless routers for tablets. However, wireless devices expose students and staff to microwave radiation that can impede learning and overall health. Studies have shown that microwave radiation can damage reproductive systems, impact the immune system, alter brain functioning, and may increase cancer risk. Tablets have up to 5 antennae that are constantly emitting short intense bursts of radiation even when not connected to the Internet. Wireless devices in classrooms thus result in multiple sources of wireless radiation exposure.Solutions Exist

Schools are are becoming increasingly aware that healthy and environmentally friendly facilities foster academic achievement and staff well-being. Low-EMF Best Practices allow for schools and safe technology to work together, using safe wired internet connections, thus reducing the overall impact on students and staff. Schools can incorporate Safe Tech Curriculum into health classes so that they can use their devices more safely at home, as well at school.

PARENT TOOLKIT TO ADVOCATE ON SAFE TECHNOLOGY IN SCHOOL

EHT has developed resources for parents to use so they can approach their children’s school on this issue. Please take the time to scroll though this page so all your questions are answered.

Letter on Wi-Fi in School for Principal: This has the latest research and you can send it to the administrator to begin  this important conversation on safe technology.  Download the letter for your school.

FactSheet: What Parents Need to Know About Wireless Radiation,

American Academy of Pediatrics Recommendation Protect The Ones You Love Card  English,Spanish

The Environmental Health Trust continues to develop materials for schools and parents on Schools and Safe Technology. We are partnering with schools to decrease children’s wireless exposure. Every Step Counts! Please contact EHT if you would like to discuss your school’s needs and resources with us. We are hoping to foster informed dialogue to support schools and the students they serve. Please review our documents so that we can tailor them to meet your needs — so send us your comments and questions!

Tips for Safer Tech in Schools

View/Download our Resources for Schools below:

Please scroll down to see the best practices tht have been developed by experts.

EHT’s Wireless Radiation and Children’s Health: This document  provides information and links to sources that discuss the critical issues regarding school technology, including: Health Issues and Best Practices for Technology. The second half of the document contains internet-linked research studies.

International Precautionary Policy by Governments: Over twenty countries are taking various action to reduce radiation exposure to children. This document details each country and the various policy and policy efforts underway. EHT updates it 4 times a year.

Children & Wireless FAQs Fact Sheet: This Q and A details many questions that parents and school officials have about this issue.

Upper Sturt Primary School WiFi and Cell Phone Policy: The Upper Sturt School has an excellent safe technology policy on WiFi and Wireless that can be used as a template for other schools looking for an example of how to approach this issue.

Schools, Unions & PTAs Precautionary Actions: Many unions and PTA’s are taking action on this issue. This is the current list with hyperlinks.

Generation Zapped: This film is an excellent introduction to the issue and many schools are screening the film to educate the school community.

What resources can I share with friends so they can educate themselves about this issue?

The BabySafe Project for Pregnant Women

What Resources Exist For Detailing Best Technology Practice In A School Setting?

Letter on Wi-Fi in School for Principal: This has the latest research and you can send it to the administrator to begin  this important conversation on safe technology.

Several organizations have developed best practices for schools. Several teacher unions and governments have as well. Please see the below information.

Canadian Teacher Federations Brief “The Use of Wi-Fi in Schools”

Read policy efforts by governments such as France, Israel, Belgium and Spain.

What Materials Detail Simple Steps That Families Can Take At Home To Reduce Exposures?

Dr. Moskowitz Director of the Center for Family and Community Health Tips to Reduce Exposure to Cell Phones and Wireless

Read a the Santa Clara Medical Bulletin article by Dr. Cindy Russell on Schools and Wireless

Collaborative for High Performing Schools Low EMF Criteria/Blueprint For Schools: This criteria gives plans to school on how to reduce and eliminate exposures.

The EHHI Report on Cellphones

The BioInitiative 2012 Report on Electromagnetic Fields

Where can I learn more about the science?

Dr. Moskowitz Director of the Center for Family and Community Health at the University of California Berkeley School of Public Health Electromagnetic Radiation Safety.

Collaborative on Health and the Environment/Electromagnetic Fields

I am concerned about all the screentime in school. Where can I learn more about the impact of screens and social media on children’s development?

How to Make a Family Media Use Plan AAP HealthyChildren.org

The Impact of Social Media Use on Children, Adolescents and Families (AAP Clinical Report)

Media Use By Children Younger Than 2 Years (AAP Policy Statement)

Talking to Kids and Teens About Social Media and Sexting

What are experts recommending to schools about wireless radiation?

In 2015 scientists wrote the Secretary of Education. Please click here to see the letter. In addition Dr Davis wrote several school umbrella organizations such as the National Education Association and National Association of Independent Schools (Please see the bottom of this page for the full list of letters by EHT.)

2014: Four Expert Letters on Wifi in School sent to the Fay School

2017: Dr. Hugh Scully Testimony to the City of Toronto

2015: Wi-Fi in Canadian Schools: A Health and Safety Issue:

2015: Open Letter to the Canadian Council of Education Ministers asking for removal of wireless radiation from school environments. This council oversees all Ministers of Education in Canada.

2011: Dr. Steven Sinatra Letter to the Kawartha School Board

2014: Letter to Education Super Highway CEOs by Bioinitiative Report  Co-Editors in response to the CEO’s calling for the FCC to quickly create a school wireless infrastructure.

Letters from the Environmental Health Trust to School Administrators and Organizations

In August 2014, Dr. Devra Davis sent letters to the following organizations informing them of the potential health risks of wireless networks in their schools. The letters detail how schools can use safe technology best practices and raise awareness on this issue to protect students and staff. Please click on the links below to download these letters.

For more scientific evidence on the negative health impact of wireless radiation, refer to our Wireless Radiation FAQ’S. Feel free to contact us with any questions or concerns.